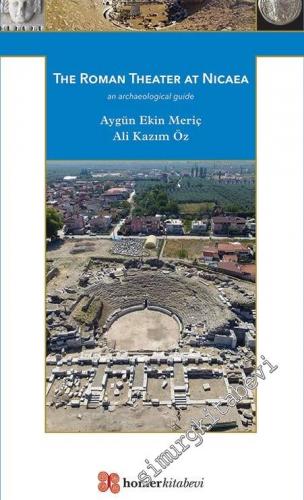 https://www.simurgkitabevi.com/the-roman-theater-at-nicaea-an-archaeological-guide
The Roman Theater at Nicaea - An Archaeological Guide - #smrgKİTABEVİ
93.75
The city of Nicaea was located near a large lake and fertile plain, which was the main reason of city's importance through the ages. Notable for its climate and geographical features, it was a socio-political and economic centre of the Bithynia. It has always been one of the most important cities in the region during the Hellenistic, Roman, Byzantine, Seljuks and Ottoman periods. Although the Roman Theatre is the most striking structure of the city, other architectural remains such as tombs, bridges, aqueducts, city walls and gates are still standing.

The Roman theatre at Nicaea is located in the southwestern part of the city, close to the city walls and Lake Iznik (Ascania Limme). One of the most impressive archeological buildings in Anatolia, the theatre has been a frequent destination for western travellers for many years. The first scientific studies on the theatre were conducted in 1938 by A. M. Schneider in order to have a better idea of the substructures.

The excavations revealed that the theatre was built on a Hellenistic stratum. Although it ceased to function as a theatre in the Late Roman Period (4th cent. AD), it was used for different purposes in the Byzantine and Ottoman periods.